A former Tesla employee has agreed to pay a $400,000 compensation to the company he formerly worked with and its chief executive officer, billionaire Elon Musk. 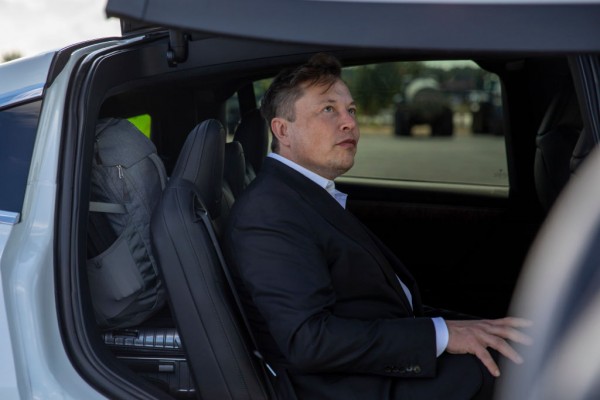 According to Bloomberg, Martin Tripp, the ex-Tesla employee, was sued back in 2018 after telling reporters of the production delays in the Nevada Gigafactory of the Tesla Model 3, with the company saying Tripp illegally divulged trade secrets.

Tripp was a process technician at the Nevada Gigafactory from 2017 to 2018, and while he was still at the company, he would reportedly send emails to various reporters, stating that the company was unable to reach the company’s goal of producing 5,000 Model 3s within a week as such was the public statement the CEO made.

According to the accord, Tripp has admitted to violating trade secret laws and has promised to initially pay $25,000 to Tesla.

The payment was part of the agreement made with the court as compensation to the company for continuing to violate the law.

After Tripp was sued, he continued to provide details to reporters despite being ordered to stop by a judge.

Read More: Elon Musk: Tesla FSD Beta Will Have Wider Public Release in Less Than 2 Weeks–Is This Good or Bad?

A Public Feud With Elon Musk

Once the company knew who was feeding confidential information to news outlets, Tripp was immediately fired, and what followed after was a public feud with his former boss, Elon Musk.

Following the exchange of insults, Tripp countersued Musk for defamation.

However, the court handling the case threw it out of the window, ruling that the former Tesla technician could not show evidence that the tech CEO has acted “with actual malice.”

Now, two years after the issue, the ex-technician has finally agreed to pay $400,000 to the company to end the public beef with Tesla and Musk, according to a court filing.

From Top 35 to Second Richest Man

The tech CEO recently overtook Bill Gates as the second richest man in the world, just behind Amazon’s Jeff Bezos, in a previous report by Bloomberg.

Musk’s ascent to the top of the list is primarily due to another surge in his electric company’s share price, enabling the billionaire’s net worth to increase $7.2 billion to $127.9 billion, a far cry from his net worth when the year started.

Early this year, Musk was only ranked 35th on the list, but as the months progressed, he was able to add $100.3 billion to his net worth this year alone.

Based on the Bloomberg Billionaires Index, this is the most anyone has increased in a year.

Besides Tesla, Musk’s private spaceflight company SpaceX has also contributed to the CEO’s amassed fortune, although the electric car company comprises nearly three-quarters of his net worth.

This year, the billionaire went to Berlin, Germany, where he will be developing the Giga Berlin factory.

In a report by Teslarati, the company has already gained permission to start Phase 2 of developing the gigafactory, meaning they are now permitted to continue with the deforestation of more of the property where the massive factory will soon stand.

Wed Dec 2 , 2020
Apple’s recently released M1 ARM-based Silicon chips are the company’s fastest CPU that features a system-on-chip (SoC) function, making the complete transition from Intel a breeze. Apple regarded the Silicon chip to have a “multi-core performance,” which took the industry by storm, and according to one of its developers’ deep […]