Right now, the cheapest microSD card is available at Amazon for only $169.99. The new Silicon Power 1TB Superior MicroSDXC card was claimed to beat the likes of Sandisk 1TB Ultra, both in terms of specs and pricing, setting a new world record for the lowest priced memory card. 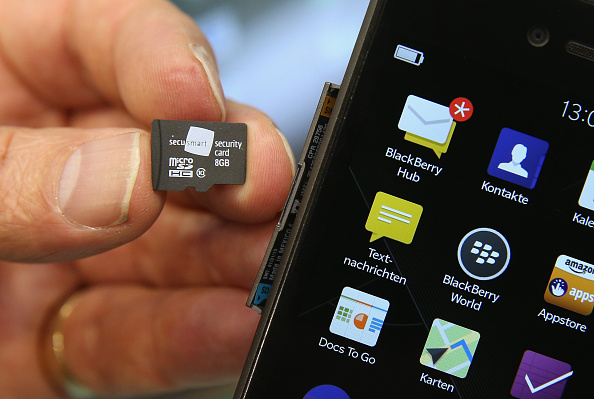 (Photo : Photo by Sean Gallup/Getty Images)
A stand host prepares to insert a Blackberry Secusmart Security Card into the microSD card slot of a Samsung phone at the Blackberry stand at the 2015 CeBIT technology trade fair on March 16, 2015 in Hanover, Germany. China is this year’s CeBIT partner. CeBIT is the world’s largest tech fair and will be open from March 16 through March 20.

It also comes with a USB C 20,000mAh portal charger. The manufacturer’s deal is really a great one since the charger itself is worth $40 when purchased alone through Amazon U.S. As of the moment, the largest online retailer is selling the new microSD card across the globe. However, it is doing it in a slow phase.

There are also additional import and shipping fees once you buy it through Amazon. If you want to know more about the MicroSDXC card, here is some important information you should consider.

How good is the new MicroSDXC card?

The new card’s very high capacity is a part of its superior family of products. It comes with UHS Speed Class 3 (U3), a five-year warranty, and Video Speed Class 30 (V3) specifications. 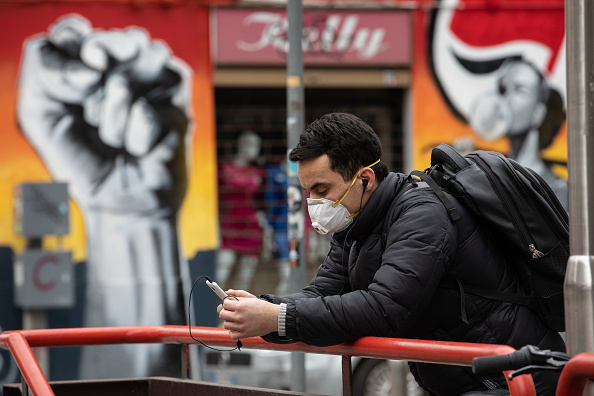 (Photo : Photo by Emanuele Cremaschi/Getty Images)
A man looks at his smartphone as he waits next to the entrance of an undergound station on March 11, 2020 in Milan, Italy. The Italian Government has strengthened up its quarantine rules, shutting all commercial activities except for pharmacies, food shops, gas stations, tobacco stores and news kiosks in a bid to stop the spread of the novel coronavirus.

The card’s manufacturer claims that the new product has speeds of up to 80MB/s on write and up to 100MB/s. These great features make the new microSD card a good card to save 4K content.

However, here’s the catch. Techradar reported that you need to reformat it to exFAT to benefit from speed improvements. On the other hand, the card is expected to be temperature-proof, X-ray proof, waterproof, and shockproof.

As of the moment, tech giant manufacturers, such as Kingston and Samsung, haven’t released any confirmation yet if it’ll also release their first 1TB microSD cards. Since these two companies are known for their high-end products, there’s a high chance that they can beat the new microSD card.

How to choose the best microSD card

According to Digital Trends‘ latest previous report, there are certain things you need to consider before buying the best microSD card that will suit your needs. Picking among the most popular brands can be quite difficult since they all offer great deals and specs. To help you with that, here are some important things you need to check before purchasing one.

PS4 Hidden Gems to Uncover Before Switching to PS5

Tue Dec 15 , 2020
Participants play with the game console PS4 a video games at the 2018 DreamHack video gaming festival on January 27, 2018 in Leipzig, Germany.  ( (Photo by Jens Schlueter/Getty Images) ) If you own a PS4 and it feels like there is nothing left to play, it is possible that you may […]